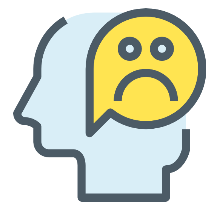 "Post-traumatic stress disorder (PTSD) affects an estimated 7 to 8 percent of people in the United States, including many military veterans and sexual assault survivors.

Compared to the average population, people with PTSD are significantly more likely to attempt suicide.

Other mental health conditions have also been linked to increased risk of suicide, including major depressive disorder (MDD)."

This article from Healthline sheds some light on suicide by describing how suicidal thoughts are formed and how to prevent them.

Login to the Laura Project and get special insight as a site member.

Your account is protected with two-factor authentication. We've sent you an email with a code to enter below. Be sure to check spam filters if you have not received the email.